Russia lost access to half of its international reserves due to sanctions, says central bank governor 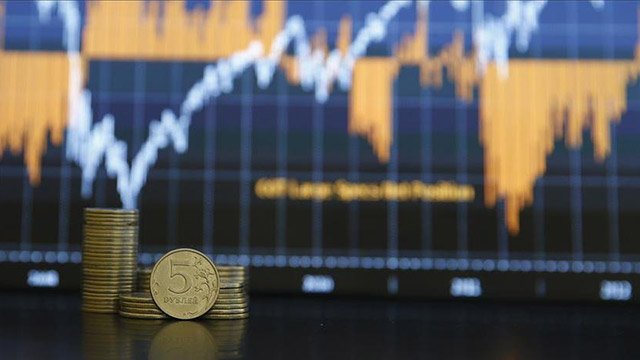 The governor of Russia's central bank said on Monday the country's economy has entered a difficult period of transformation provoked by sanctions.

Speaking at the lower chamber of the Russian parliament, the State Duma, Elvira Nabiullina said Russia lost access to half of its international reserves due to sanctions.

“Now, due to sanctions, the Bank of Russia has at its disposal about half of the reserves. This does not allow to fully manage the situation with the currency in the domestic market and requires currency control. As the situation improves, we intend to reconfigure control over the movement of the currency," she said.

Further actions of the central bank will be commensurate with the level of risks, and barriers to foreign economic activity will decrease as the situation stabilizes, she promised.

Nabiullina stressed that the sanctions forced reconfiguration of the Russian economy.

“Our economy is entering a difficult period of structural changes related to sanctions. The sanctions primarily affected the financial market. Now they will increasingly begin to affect the real sectors of the economy.

“The main problems will be connected not so much with sanctions against financial institutions, but with restrictions on imports, logistics of foreign trade, and in the future, possibly, on the export of Russian products," she said.

Russia's war on Ukraine has drawn international condemnations, with the US, UK, and EU, among others, imposing a host of sanctions on Moscow.

Over 2,072 civilians have been killed and 2,818 injured in Ukraine since the start of the war on Feb. 24, according to UN estimates, with the true figure believed to be much higher.

More than 4.93 million Ukrainians have fled to other countries, with over 7 million more internally displaced, said the UN refugee agency.