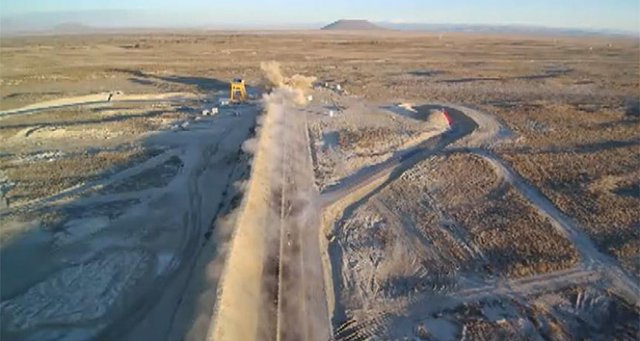 Industry and Technology Minister Mustafa Varank praised the successful launch in a tweet saying it is an important development in the defense industry.

During the test, the bomb broke through the sound barrier and successfully destroyed a steel-equipped armored-concrete target at a speed of 850 km/h.

The test is reported to be the longest of Europe with a length of 2,000 meters double rail test line.

According to a statement from the Industry and Technology Ministry, tests that had to be carried out abroad before were supervised by the host country.

HABRAS was founded in June 2017 to test the efficiency of domestically-developed weapons systems and inaugurated on Oct. 31 by Erdogan.