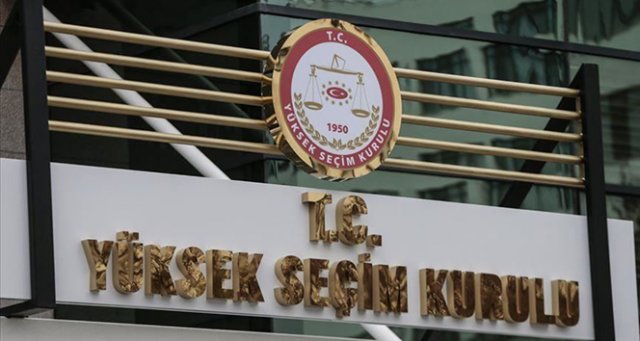 Two days after ordering fresh mayoral elections in Istanbul, Turkey's electoral authority said it will continue doing its duty without bowing down to threats, pressure, or smears.

"It is unacceptable for judges to be smeared and personally made into targets due to their rulings," the Supreme Election Council (YSK) said in a statement on Wednesday.

The statement said Kemal Kilicdaroglu, leader of the main opposition Republican People's Party (CHP) and an Istanbul lawmaker, had voiced some claims about council members which contained insults, threats, and smears.

The statement said under Turkey's Constitution and laws, even if a person is a member of the legislature with immunity from prosecution, that does not give anyone the freedom to commit crimes or insult members of the judiciary.

It said that attacking personal rights and casting aspersions on people's belief in justice and democracy should be avoided, adding that the council "strongly condemns" and rejects such actions.

The statement came after the council's decision to hold a do-over Istanbul mayoral election on June 23 attracted harsh criticism from opposition politicians.

In its decision, it said some polling officials and staff during the March 31 election were not civil servants as required by law.

Under the decision, Ekrem Imamoglu, a member of the CHP whose election as Istanbul mayor had been certified, had his certification revoked, with an interim mayor filling the post until the June 23 polls.

Millions of Turkish voters cast their votes nationwide on March 31 in local elections to choose mayors, city council members, and other officials for the next five years.