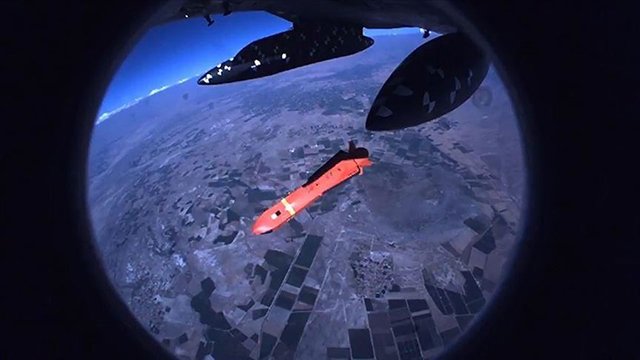 Turkey has successfully test-fired its first cruise missile with a warhead capable of penetrating a concrete bunker, according to Turkey’s industry and technology minister.

Mustafa Varank said on Twitter late Thursday that the SOM-B2 missile was developed by the Defense Research and Development Institute (SAGE) of the Turkish Scientific and Technological Research Council (TUBITAK) -- a national agency playing a leading role in the creation of a science and technology culture in Turkey.

"The SOM-B2 missile successfully hit the target in the firing test," Ismail Demir, the head of Turkey’s Defense Industries Presidency, also announced on Twitter, adding that the missile "successfully concluded" its development, ground and flight tests.

The Stand-Off Missile (SOM) is an air-to-surface cruise missile with a turbojet engine designed to be used against heavily defended land and sea surface targets, according to the institute.

With an operational range of over 250 kilometers (around 155 miles), the SOM-B2 is designed to penetrate hard concrete targets, and is equipped with a dual stage tandem penetrating warhead.