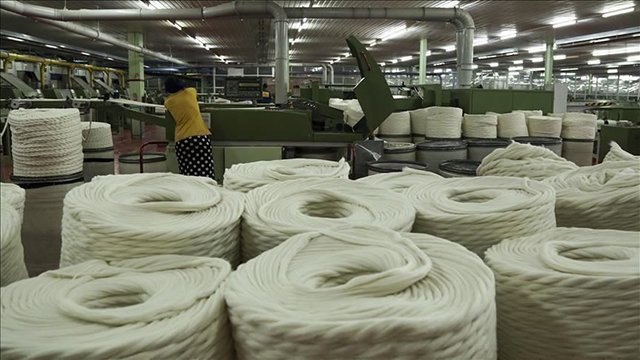 The Purchasing Managers’ Index (PMI) for Turkey's manufacturing sector reached 48 points in August, hitting its highest level since July 2018, according to a closely monitored business survey on Monday.

The figure was up 1.3 points from July, the report of London-based global data company IHS Markit prepared in collaboration with the Istanbul Chamber of Industry said in a statement.

Turkish manufacturing sector is moving towards stabilization midway through the third quarter of the year, report noted.

The pace of moderation in new orders was the weakest for almost a year-and-a-half, while employment levels were broadly stable.

"The softest moderation in new orders for almost a year-and-a-half will provide optimism for Turkish firms that a return to growth is imminent," Andrew Harker, associate director of IHS Markit, said.

And added: "This has impacted hiring plans, with manufacturers maintaining staffing levels ahead of expected rises in production requirements in coming months."

Report showed that both input costs and output prices rose at weaker rates in August.