Chancellor Angela Merkel reaffirmed on Friday Germany’s support for a two-state solution to the Israeli-Palestinian conflict and urged the Israeli government to stop building new settlements in the occupied territories. 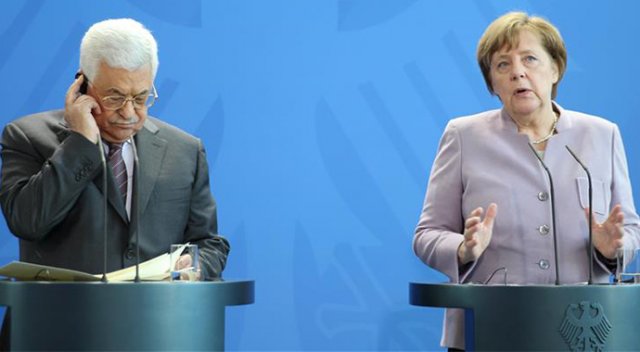 The Chancellor renewed her criticism of the Israeli government for the construction of new settlements in occupied Palestinian territories.

“I have always said that the settlements in the occupied territories violate international law and they are an obstacle to the resolution of the conflict,” she said.

“Those who call for further annexation of Palestinian land should be aware of this: It is not possible to preserve a democratic, Jewish state in such a way in the long run,” Merkel added.

The Chancellor promised Germany’s continued support for the development of Palestinian state structures. She said the threat of radicalization among young people could only be countered by promoting social and economic development in the Palestinian territories.

President Abbas thanked Merkel for Germany’s political and financial support for Palestine, and said this support was important for them to develop state institutions on the basis of democracy, the rule of law and human rights.

Abbas also called for stronger international engagement to stop Israel’s illegal settlements and revive the stalled peace talks for a two-state solution on the basis of the 1967 borders.