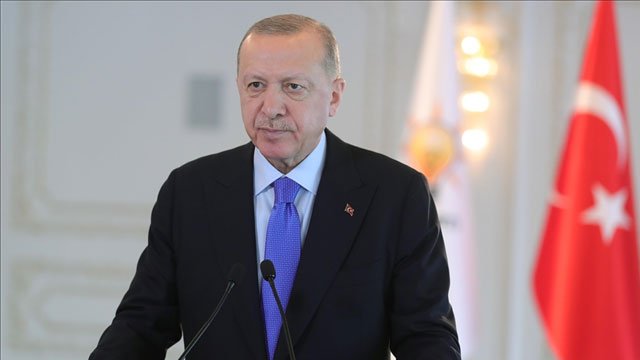 Turkey's president on Monday shared his country's vision leading up to the 2023 general elections, saying the country is "activating its potential" with a focus on investment, production, growth, employment and exports.

"We are carrying out necessary reforms required for strong growth in the economy. We are determinedly implementing policies which we developed," said Erdogan.

He noted that the AK Party government is making advances towards a new process in Turkey.

"We are making advances in accordance with this new process in all areas including education, health, transportation, energy, industry and trade," he said.

Erdogan also commented on Turkey's role on both the regional and global stages.

"It is a fact that aggression against our country increases as Turkey rises strongly both regionally and globally," he said.

On the 2023 general elections, the president said they are to be "a historical turning point” for Turkey.