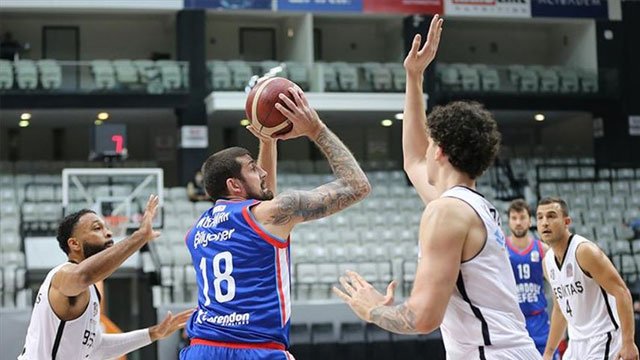 Bryant Dunston and Tibor Pleiss each produced 12 points for the away team.

For the losing side, Ercan Osmani played with 15 points and Sehmuz Hazer added 13 points.

Anadolu Efes sealed their fifth consecutive win in the league, while Besiktas remain winless at the bottom of the table.