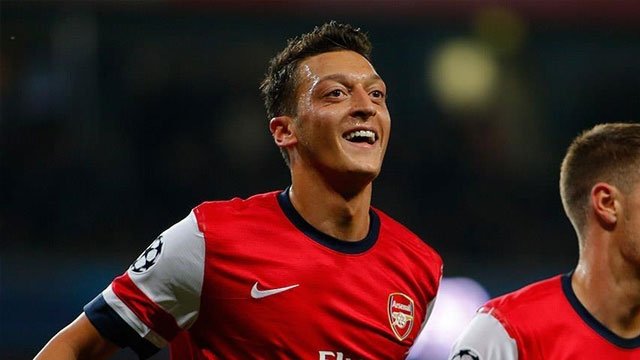 Using the yellow-blue hearts, colors of Fenerbahce, and sand watch emojis, Ozil responded to the club’s tweet in which they wrote a line from a song of Turkish singer Tarkan: "Come! Let’s be like night and day."

The 32-year-old has also changed his profile picture, replacing the red color of Arsenal logo with yellow.

On Wednesday, in an interview with beIN Sports Turkey, his agent, Erkut Sogut said that a German national of Turkish descent would only play for Fenerbahce if he moves to Turkey amid growing chatter about his transfer.

Ozil moved to England's Arsenal in 2013 after three successful seasons at Spanish giants Real Madrid, where he helped the Spanish side win a La Liga title, a Spanish Cup, and a Spanish Super Cup.

With 44 goals and 77 assists in 254 games in England, he played a critical role as the Gunners won four FA Cup trophies and reached the UEFA Europa League final in a span of six years.

However, amid a dip in form and fractious relations with current manager Mikel Arteta and his predecessor Unai Emery, Ozil has gone from having limited playing time to being completely frozen out of the Arsenal first team.

Left out of this season’s Premier League and Europa League squads, Ozil has not made an appearance for the London side since last March.