In 100-seat Senate, Republicans and Democrats have 48 seats each so far, according to projections, with control of Congress in the balance 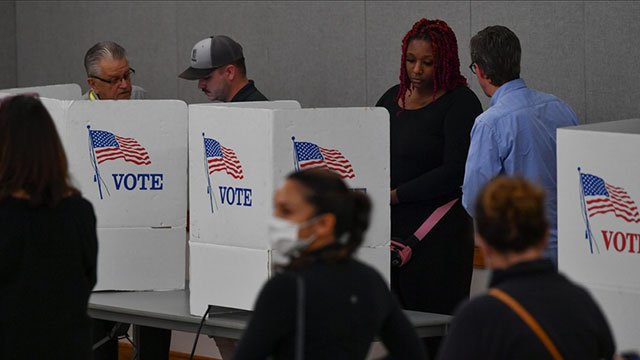 Tight races between Republicans and Democrats in 10 key states to claim control of the US Senate are being closely followed Wednesday, the day after Election Day.

Midterm races in the US states of Georgia, Pennsylvania, Nevada, Wisconsin, Arizona, North Carolina, Ohio, New Hampshire, Colorado, and Florida are all under a microscope, as they weigh large in control of the Senate for the rest of President Joe Biden’s first term in office.

The Republican candidates in North Carolina, Ohio, and Florida all captured their Senate seats on Tuesday, while the Democratic senatorial candidates emerged triumphant in New Hampshire, Colorado, and Pennsylvania.

Meanwhile, senatorial races remain undecided in Georgia and Arizona, with Democrats currently in the lead, as well as Wisconsin and Nevada, with Republicans leading, according to Associated Press projections.

This year, all 435 seats in the House were up for election, plus 35 seats in the 100-seat Senate. As things currently stand, Republicans and Democrats have 48 seats each in the Senate.

Results in some states could take days to determine, given how tight they are, as well as a backlog of uncounted mail-in or absentee ballots.

In addition, the Senate race in Georgia could go to a runoff about a month from now, on Dec. 6.

If Republicans win the House, as seems likely, President Joe Biden’s legislative agenda will almost certainly be stopped in its tracks, facing an uncooperative GOP-dominated body.

If they take control of the Senate, Republicans could block or slow down many of Biden’s appointments for key administration positions, as well as federal judges, who enjoy lifetime tenure, helping to shape public life for decades.

While top congressional races get the most attention, further down the ballot, voters weighed in on a series of state and local campaigns, from governors' races to ballot initiatives such as marijuana legalization, and more mundane but nonetheless important races for local offices.