The shortage of medicines in France risks being aggravated in the winter amid a triple epidemic of coronavirus, flu, and bronchiolitis. France is not the only country suffering from supply issues. Germany and UK are facing similar struggles. 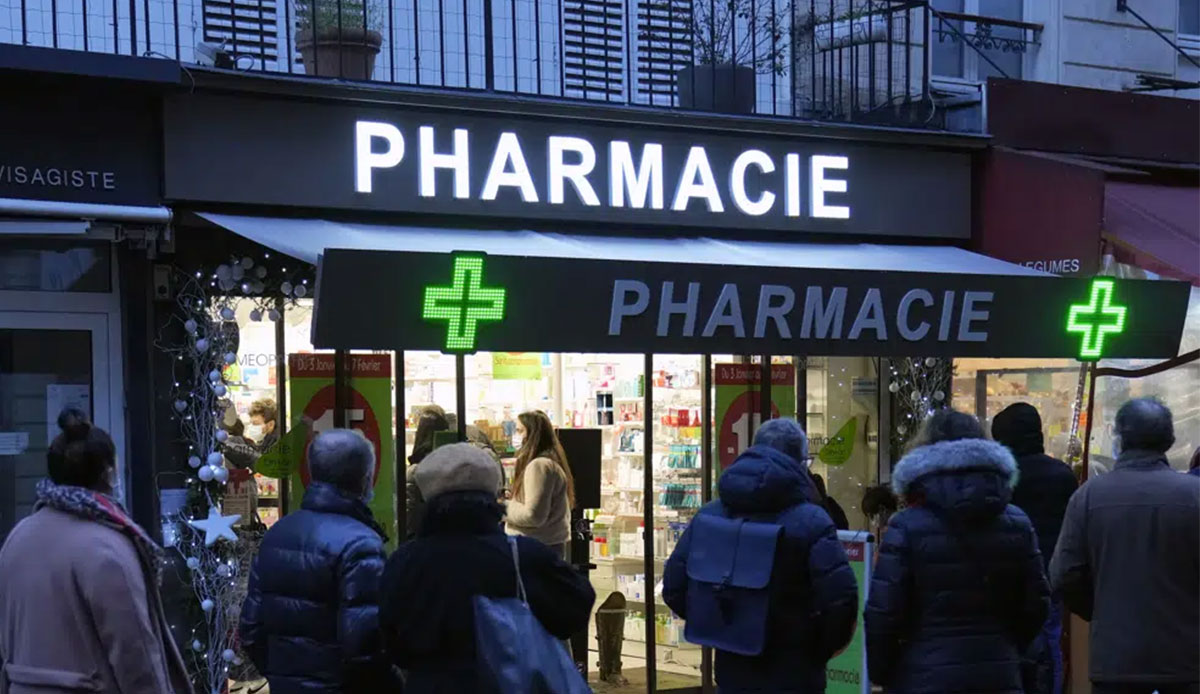 Patients are struggling to find pediatric forms of paracetamol and amoxicillin in most pharmacies. Souhil Cherraben, a pharmacist in the Parisian region of Yvelines, told Anadolu Agency that the shortage that started months ago is affecting a lot of medicines.

He said pediatric forms of Doliprane are becoming hard to find because of supply issues. "There is not a total shortage but we only receive small quantities," said Cherraben. "Serious shortages affect amoxicillin which is an antibiotic for children."

A CALL TO BE PATIENT

Cherraben said doctors were told to prescribe other antibiotics, thus there are no antibiotics left -- amoxicillin nor other types. The National Agency for the Safety of Medicines and Health Products, ANSM, confirmed last week the existence of a supply issue regarding antibiotics prescribed mostly to children.

The Health Ministry said on Dec. 14 at a news conference that shortages of antibiotics and paracetamol for children will persist for a couple of weeks and urged the country to have patience.
ANSM announced measures to respond to the shortage, including the diversification of import sources.

The shortage does not only affect pediatric medicines. In 2022, almost 3,000 medicines are subject to supply issues, according to ANSM. Health Minister Francois Braun warned Wednesday against a "week of danger," explaining that the spread of the flu provokes "an explosion of cases," some ending in resuscitation units, while hospitals lack a sufficient number of beds.

France is not the only country suffering from supply issues. Germany and UK are facing similar struggles. China decided to increase its production and reduce the exportation of medicines while increasing its importation -- which may worsen the situation in France and Europe.

Remi Salomon, president of the Conference of Presidents of Medical Establishment Commissions of University Hospitals in France wrote on Twitter: "The current COVID wave in China will likely worsen our supply issues for many medicines."

Salomon underlined the need to "relocate production in France" to avoid shortages and health disasters in the future. In March, the founders of the Observatory of Transparency in Medicines Policy, Pauline Londeix, and Jerome Martin, wrote an article for the Le Monde newspaper where they called for the need to produce medicines in France.

Londeix and Martin also cited the war in Ukraine and called for a "partially public production" in France and in Europe to reduce dependence on multinational pharmaceutical companies.