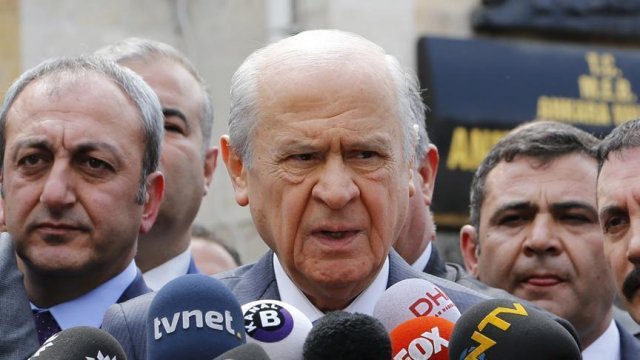 “The Turkish people have gone to the polls with a great dignity and decided on shifting to the presidential system of their own free will.

“This is a very significant achievement and cannot be ignored or rejected,” Devlet Bahceli said in a statement.

Bahceli said everybody “should respect and approve” the result in which Turkish citizens voted Yes to moving to an executive presidency.

“The great Turkish nation, the sole owner of sovereignty, has given the final word about the future of its country, clinging to its independence and future. Everybody should respect and approve it,” he added.

Bahceli congratulated the Turkish people and Turkey’s political parties on the Yes result and said: “A new era in our state and political life has started as the national will pointed to Yes.”