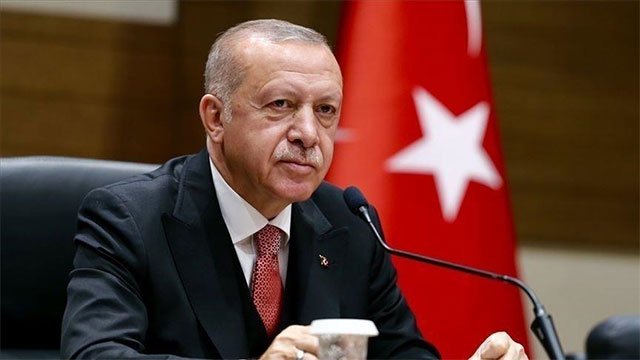 Ankara is determined to strengthen the Istanbul grain deal and to transport Russian grain and fertilizer to underdeveloped countries, President Recep Tayyip Erdogan said on Thursday. Erdogan’s remarks came at a bilateral meeting with his Russian counterpart Vladimir Putin on the sidelines of the sixth summit of the Conference on Interaction and Confidence-Building Measures in Asia (CICA) in the Kazakh capital Astana. The meeting lasted for one and a half hours.

"We are determined to strengthen and continue the grain exports under the Istanbul agreement and the transfer of Russian grain and fertilizer to less developed countries via Türkiye.

"We may work on determining the name of countries. It is important that we focus on the poor countries rather than developed countries," Erdogan said.

Türkiye, the UN, Russia, and Ukraine signed an agreement in Istanbul on July 22 to resume grain exports from three Ukrainian Black Sea ports, which paused after the start of the Russia-Ukraine war in February.

"I believe that the steps that Türkiye and Russia will take in this process will disturb certain countries, but they will make underdeveloped countries happy," he added.

Erdogan said that the construction of the Akkuyu Nuclear Power Plant in Türkiye's southern Mersin province is a “very important” step, adding that the opening of the first reactor is expected in the first half of next year.

The entire Akkuyu Nuclear Power Plant is set to be operational by 2025. The project began with a 2010 intergovernmental agreement between Türkiye and Russia.

Erdogan also noted that he previously discussed a plan with Putin to build a new nuclear power station in Türkiye's Black Sea province of Sinop.

The Turkish president said he hopes to meet Putin again on the sidelines of a summit in Uzbekistan's Samarkand.

"We have a chance to meet again in Samarkand. If you come too, we will be able to meet there again," he added.

Samarkand will host a summit of the Organization of Turkic States in November.