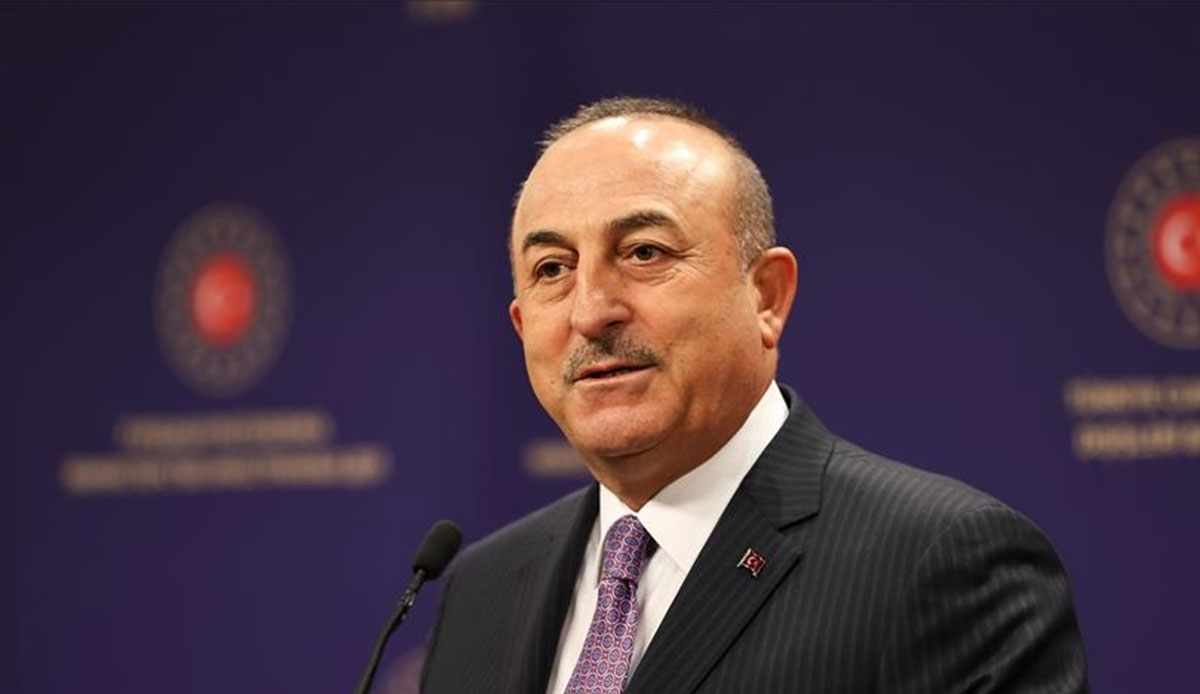 The future of cooperation between Türkiye and South Africa is bright owing to their historical, cultural, and shared values and global vision, the Turkish foreign minister said Tuesday. “We will continue to be in unity and solidarity with South Africa to generate peace, stability and prosperity in our regions and beyond." Mevlut Cavusoglu wrote in an opinion piece for South Africa’s IOL news site.

Cavusoglu is currently on a five-nation Africa tour which began Sunday with his first stop in South Africa, where he visited the Nurul Hamidiye Mosque in Cape Town, named after Sultan Abdulhamid II. The mosque was renovated by the Turkish Cooperation and Coordination Agency (TIKA).

He also visited the Tana Baru Cemetery, where the tomb of Ottoman Islamic scholar Abu Bakr Effendi is located. Cavusoglu also officially inaugurated the Turkish Consulate General in Cape Town.
On Monday he visited the grave of the last Ottoman Consul General Mehmet Remzi Bey at Braamfontein Cemetery in Johannesburg.

The top diplomat said Türkiye and South Africa’s shared vision of global issues plays an important role in the advancement of their relations. Cavusoglu said Türkiye shares the same expectations as South Africa towards a just and efficient global order based on effective multilateralism including a structural reform of the UN system to make sure Africa’s voice is heard by the international community.

“Being members of the G-20, Türkiye and South Africa have a historical responsibility, derived from the lessons learnt through their historical struggles, to defend and spread the spirit of peace, respect and cooperation across their regions and globally.” Cavusoglu wrote.

He said South Africa has been a pioneer for the peaceful resolution of conflicts and made peace diplomacy in Africa. Likewise Türkiye, with its enterprising and humanitarian foreign policy, has become a brand in mediation and facilitation.

Cavusoglu said Türkiye’s efforts in the war in Ukraine is the most recent example. “By securing the Istanbul Grain Deal, we ensured the uninterrupted flow of grain and fertilizer, especially to Africa.”
He said Türkiye is also a reliable and principled development partner for South Africa, where TIKA has been instrumental in development cooperation projects all over the country, reaching rural communities in all nine of the country’s provinces.

TIKA, Türkiye’s development aid agency, has so far completed 50 projects since 2015, including some 20 projects in 2022 alone. Cavusoglu also said the Yunus Emre Institute in Johannesburg – Turkish Cultural Center – established in 2017 has brought the peoples of the two countries together through language courses, conferences, and exhibitions. The Turkish Maarif Foundation, which has had an office in Johannesburg since 2018, last year also opened the doors of its first school in Johannesburg.
“I am happy to announce that Maarif will open its second school in Cape Town this year,” he said, adding that the launch of Maarif Turkish Studies Center at Pretoria University will serve to deepen common knowledge and motivate academics people to do studies in both countries.

He also said Turkish Airlines, which has a footprint in 41 countries and 62 destinations in Africa, has been instrumental in boosting tourist numbers between Turkiye and South Africa, which reached a new high in 2022 of 90,000 visitors as South African and Turkish people discover the beauties and opportunities in each other’s country.

On Tuesday, Naledi Pandor, South Africa’s minister of international relations and cooperation, will host Cavusoglu in the capital Pretoria for political consultations. The Department of International Relations and Cooperation said in a statement that Cavusoglu’s visit is expected to enhance political and economic relations between the two countries and deepen understanding of regional and multilateral issues.

South Africa is Turkiye’s largest trade partner in Sub-Saharan Africa. Their trade volume stood at only $457 million in 2003, but reached a record high of $3 billion by the end of 2022. This represents a 50% increase from last year, and a relatively well-balanced account.